Playing with Single Board Computers

2020 sent me working from home.  While not being able to physically meet with friends as often as I’d have wanted, I had some spare time to dig deeper into my Raspberry Pi equipment and other single-board computers (SBCs). 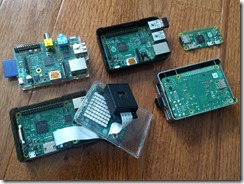 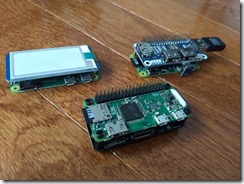 Over the course of 2020, I’ve installed several operating systems on them, including FreeBSD and the beta 64-bit Raspberry Pi OS.  I even ventured to re-attempt installing and making use of Windows IoT Core where I was not surprised to see that it was still a frustrating experience.  Looks to have been abandoned by Microsoft in favor of Windows 10 on ARM. 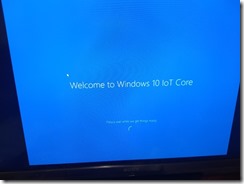 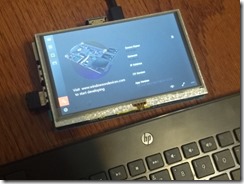 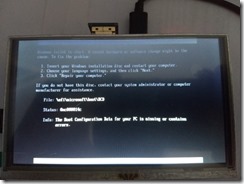 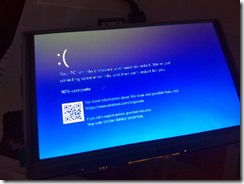 A few of my new purchases are worth noting.

Buy your microSD cards in bulk.  I think I ended up using more than a dozen 32GB cards for use in these tiny computers.  It’s not too bad to spare $10 for each SBC, for the convenience of not having to reuse and reformat the same card as I played around with each system.

The official Raspberry Pi keyboard is impressive.  It is compact, and also works as a USB hub.  Having additional USB ports is quite useful, particularly for the original Pi Zero which didn’t have built-in WiFi.  The Pi Zero W has built-in WiFi, which I ended up purchasing a couple of.  But with the Raspberry Pi keyboard, I could just plug-in an extra dongle for a cordless mouse and also use other nano adapters.  Dual-band 802.11ac WiFi adapters cost less than $20.

I remember using the Pi2 Model B for a Kodi (previously XBMC) media center about 10 years ago.  With the arrival of Chromecast, Roku, and Fire stick devices over the past few years, I don’t need the Pi as a media center anymore and can reuse it for other things.

I also tried to use them as a desktop computer, even if it’s just for using the web browser.  It is my opinion that only the Pi4 has enough processing power to provide a usable desktop experience.  The older models just don’t cut it, with too much lag in the user experience. 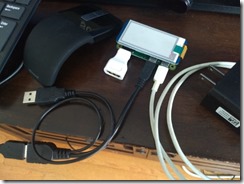 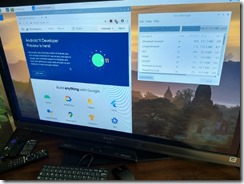 At least one Pi4 is up 24/7 on my network, serving as an internal Minecraft server, with occasional guest access from the outside.  The Pi4 is powerful enough and can have up to 8GB of memory, such that running Docker containers for isolated testing of some applications has not given me any issues.

Speaking of variations on the ad-hoc SBC standard of the Raspberry Pi, I searched for other ARM-based SBCs for comparison with the Pi models.  I ended up ordering a few of them, with the intent of cross-compiling other operating systems for the boards.

The first board I set up is a NanoPi NEO3.  I ordered the NanoPi NEO3 with the typical enclosure because I’ve planned to place this permanently on my network.  Its processor is equivalent to the ARM Cortex-A53 found on the RPi3, it’s got gigabit Ethernet, and it’s got a USB 3.0 port, all on a 48×48 mm form factor.  It runs the latest 64-bit UbuntuCore distribution and I use it to test VPN servers OpenVPN and WireGuard.  It performs my periodic DDNS registration and I could probably stick the Pi-hole service in there too.  It doesn’t have wireless connectivity, but which can be added through one of those tiny USB nano adapters.  It also doesn’t have any display ports, though I’m curious if the USB 3.0 port is enough to drive output to one of those DisplayLink USB monitors. 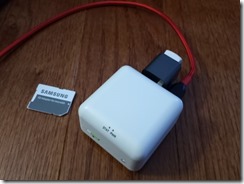 The next boards that I bought were a pair of RockPi S boards.  The combination of the low cost of these boards ($15 for a 512MB model) with the 64-bit A35-level processor (marketed as a low-power and high-efficient ARMv8 architecture compared to the A53 found on the RPi3) makes these tiny boards more powerful than a similar-sized Raspberry Pi Zero/W.  It has WiFi and Bluetooth 4.0 connectivity.  It also has an option of having up t0 1MB of NAND memory which you may be able to squeeze-in a tiny embedded Linux distribution if you don’t want to use a microSD card.  One gotcha I encountered on this board is that it doesn’t have a WiFi MAC address stored in hardware/firmware, so you have to define its WiFi MAC address through a boot configuration file. 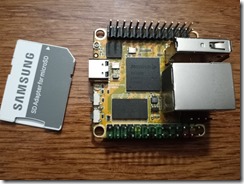 Another board that I bought was the OrangePi Zero2.  This board comes in a 53×60 mm form factor, but comparable in specs to the larger RPi3, also with built-in WiFi and Bluetooth 5.0 wireless connectivity.  Everything is open-source, with 64-bit Debian, Ubuntu, and Android distributions source available for download here. 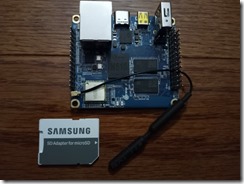 There were other purchases, some of which I have not even gotten to.  I bought a few Arduino boards and hats, some XBee connectivity modules, and some ESP32 modules.  One of the boards I’m very excited about is the BBC micro:bit.  I have both the v1 and v2 boards.  My excitement with the micro:bit is its appeal as a programming platform for younger kids who are thinking of pursuing a career in engineering, science, or technology. 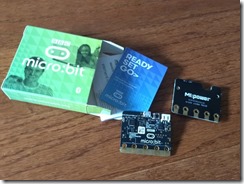 Programming is on track to become a general-purpose skill that every profession would require.  I strongly believe that during the years around middle school, kids have so much enthusiasm and interest in learning, that it’s best to introduce them to programming at that time.  I hope to contribute driving this interest for these young learners.

This entry was posted in Uncategorized. Bookmark the permalink.