One of the best expansion cards to place in an Apple IIgs is a SCSI card.  A SCSI card allowed mass storage devices to be connected to the Apple IIgs back in the `90s.  This includes hard drives and optical drives.  GS/OS understands the ISO 9660 file system, so I tried connecting my SCSI DVD-ROM drive.  Sure enough, the directory appears in Finder.  Since I was using a double-layer DVD (most DVD movies are on double-layer discs), the capacity of the disc should have been around 8GB, and the directory listing shows six files of 1GB each.  I guess the 4GB value limit of a 32-bit integer shows and Finder displays that only 3GB is used. 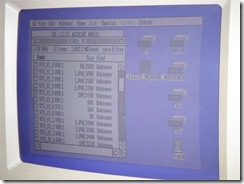 It was in the early `90s that multimedia CD-ROMs started to appear.  Encyclopedia CD-ROMs became popular with the PC platform.  One of the indexing formats used for these CD-ROMs is the discPassage format.  To take advantage of these CD-ROMs, a software package sold by Sequential Systems was discQuest, written by Jawaid Bazyar of GNO/ME fame.  I installed the software, purchased an old discPassage-based CD-ROM on eBay, and was wallowing in CD-ROM multimedia joy with the IIgs.  Unfortunately, the discPassage format did not last long and there’s only a handful of titles that made use of it.  I don’t think any multimedia titles nowadays use it. 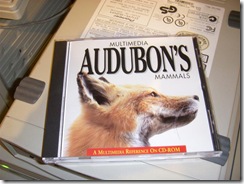 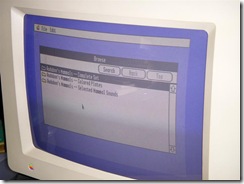 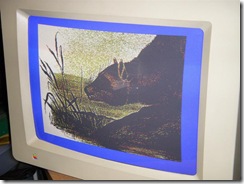 Since I was playing with the SCSI stuff anyway, I decided to purchase a cheap floptical drive on eBay.  Floptical disks are removable disks that have a capacity of 20MB.  I salvaged an old SCSI drive enclosure to hook up the drive.  I didn’t have any floptical media, but for those who remember, floptical drives were meant to provide compatibility with the standard floppy drives.  I inserted a regular 1.44MB DOS-formatted diskette, and sure enough, GS/OS’s MSDOS FST recognized the disk and allowed me to copy the contents of the diskette to my hard drive. 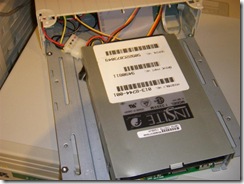 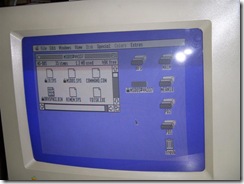 For those who are fortunate enough to have a SCSI card, but not have the hard-to-find 3.5” Drive Controller Card, this can serve as an alternative to reading files from DOS-formatted diskettes.  You won’t need an older Mac to serve as an intermediary in order to transfer files from your PC to the IIgs.

This entry was posted in Retrocomputing and tagged apple2, IIgs. Bookmark the permalink.

2 Responses to Fun With an Apple IIgs SCSI Setup